An active, vibrant and integral part of the city's maritime identity

The design features a contemporary roof canopy draped from a historically significant gantry crane structure. The gantry structure has been retained as a memory of the site's previous use as a homeport for the world's first regular international containerised shipping service, commencing operations between Sydney and Europe in the late 1960s.

JPW chose a distinctive structural form for the roof comprising a complex wave that oscillates along the length of the building. The roof is clad in aluminium sheet and the walls in glass. The continuously curved roof provided many challenges to the project regarding structural framing, fabrication methods, safe construction techniques, a tight program and overall budget. TTW worked closely with JPW to generate a roof geometry that met their design, fabricated from sheet elements and was buildable. These design issues were resolved using state of the art software and detailed computational analysis. 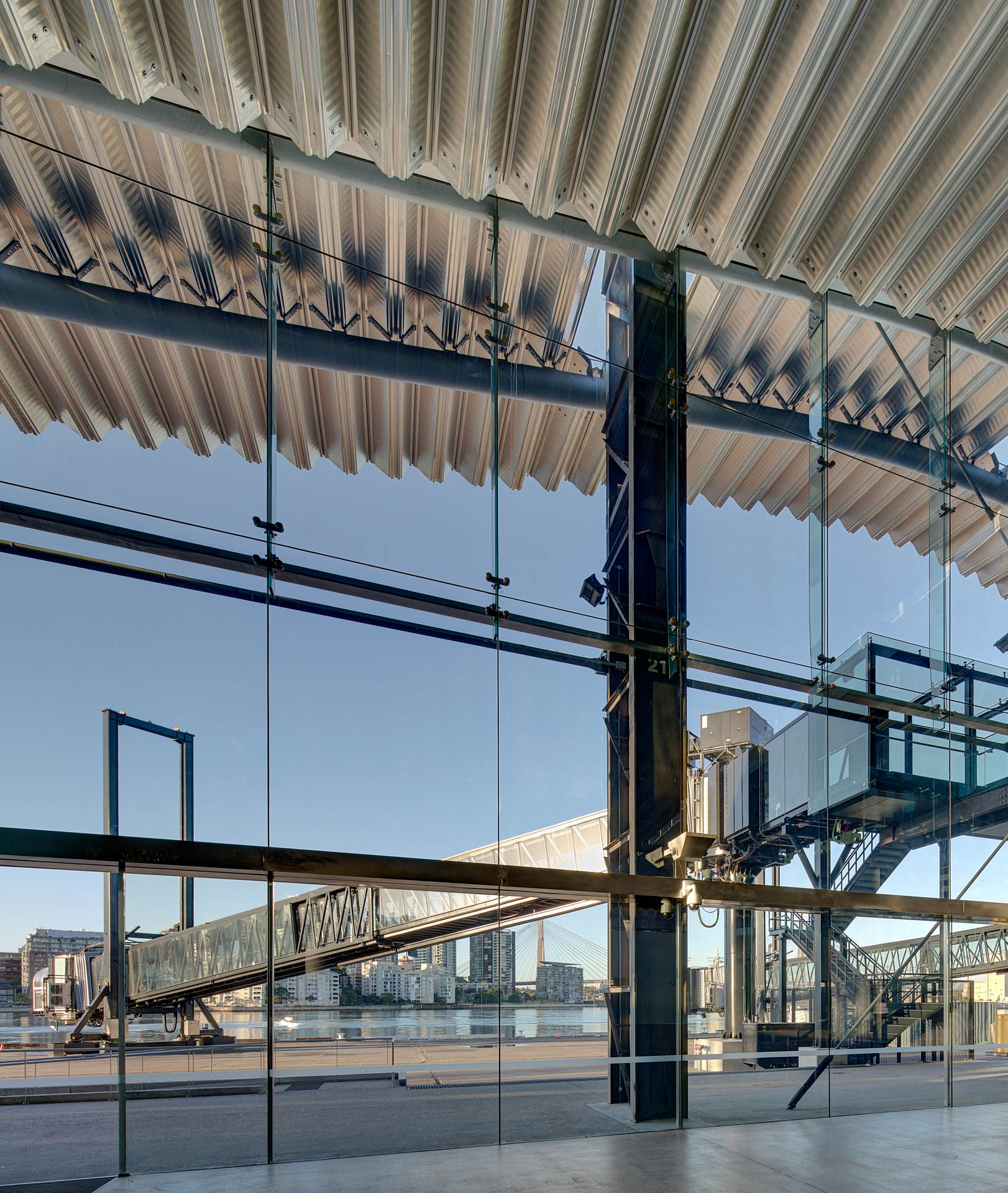 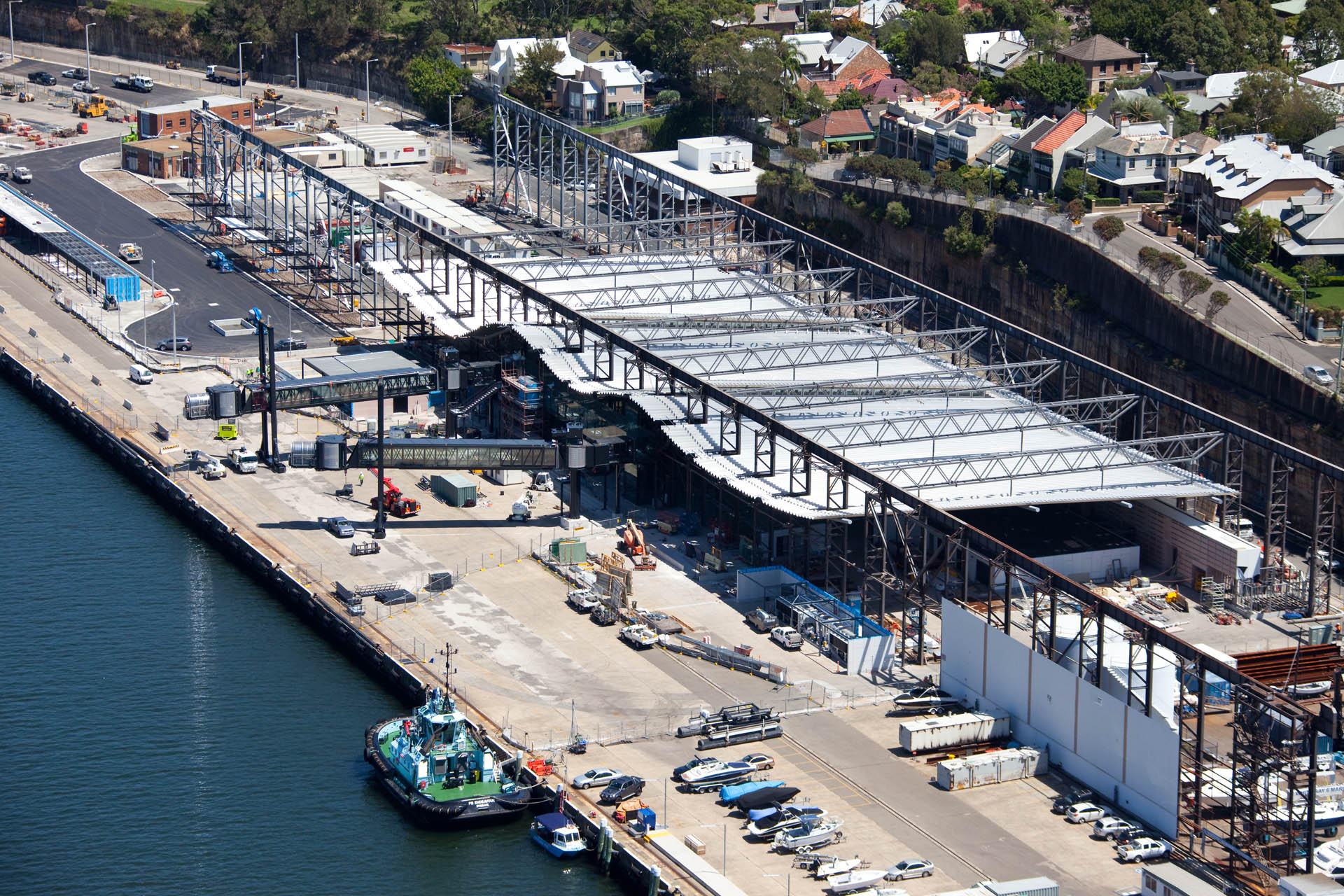 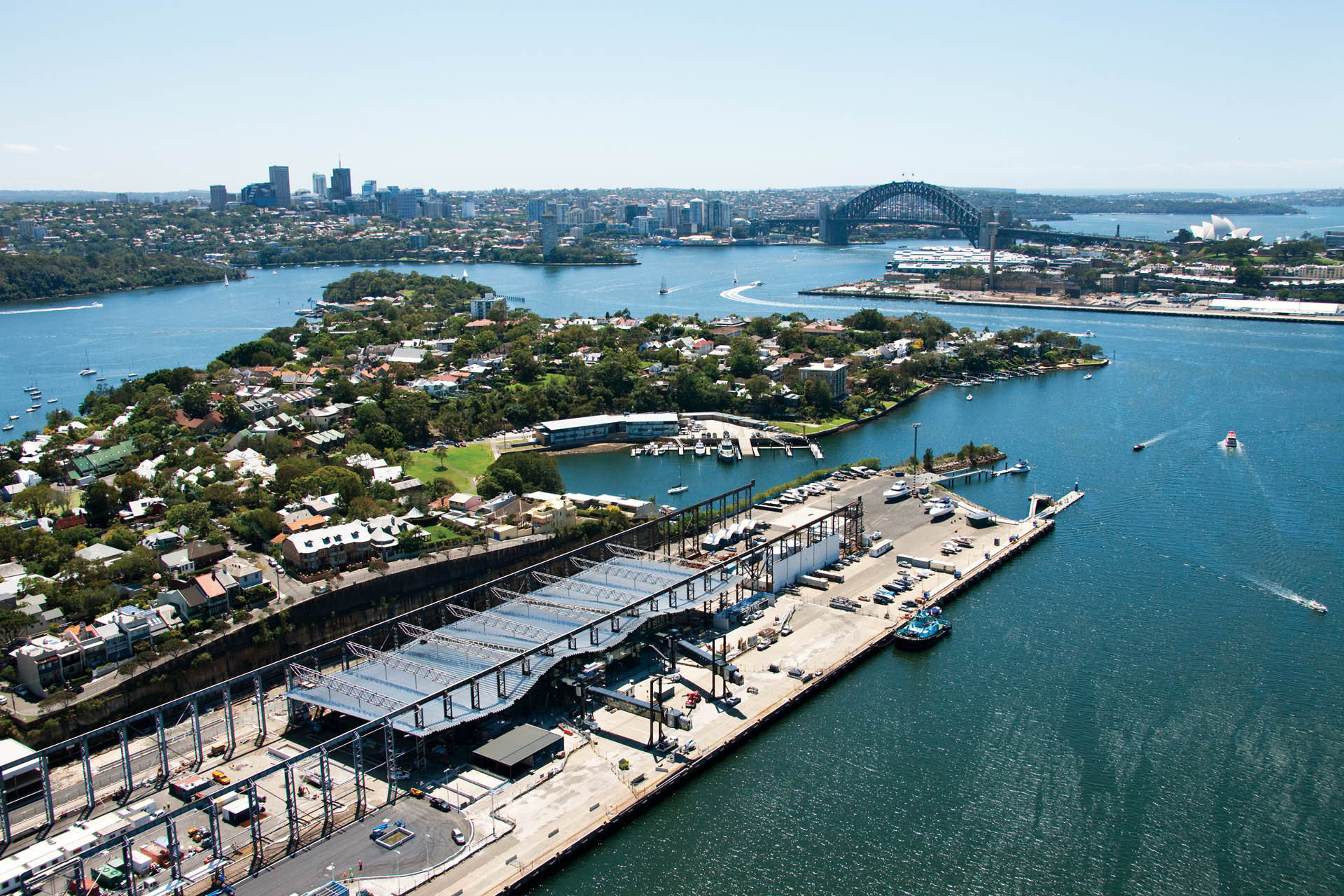 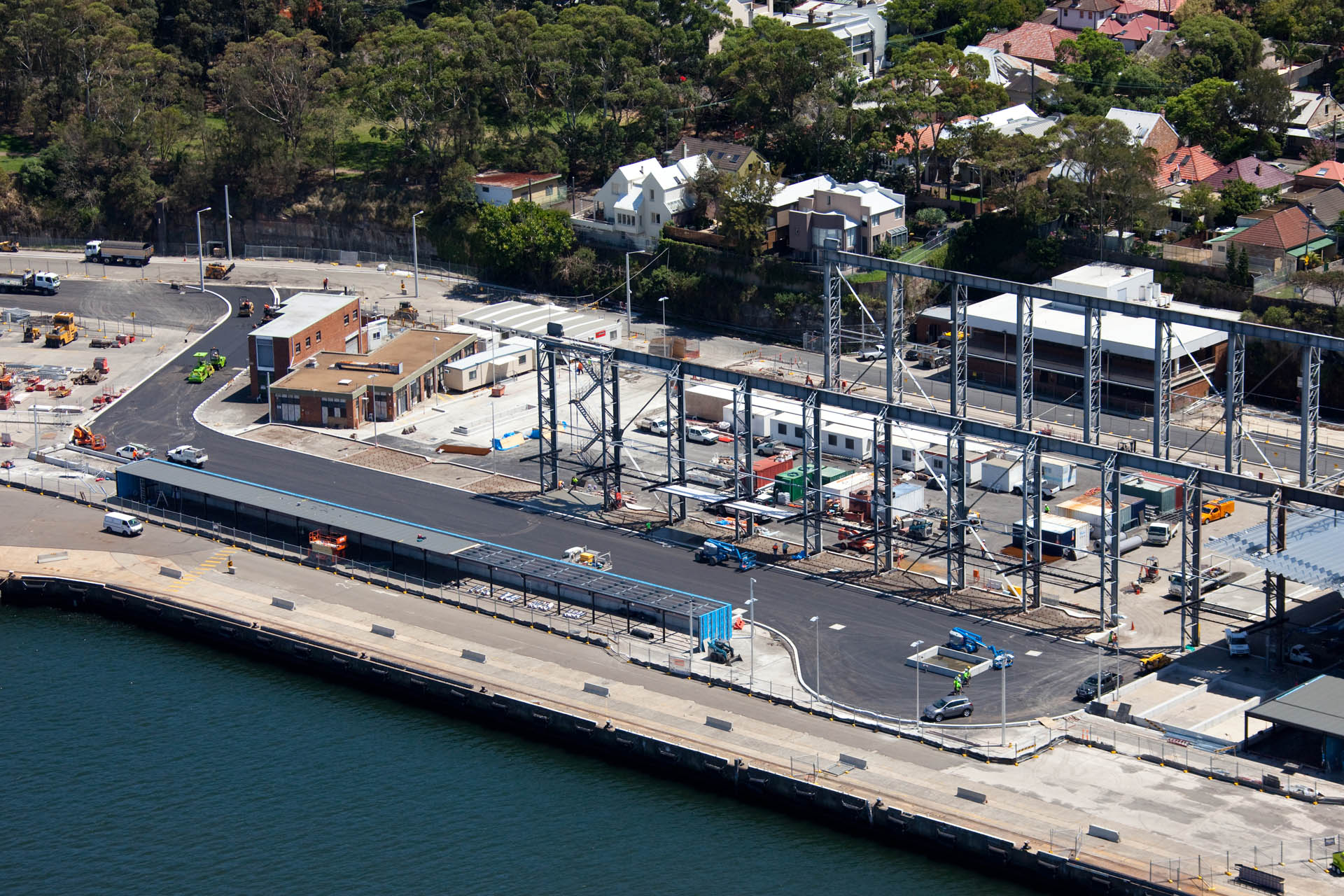