A three-year, $860 million redevelopment that provided the Darling Harbour precinct with a new 3000 seat event centre, 6 star hotel and major reconfiguration of the casino and retail operations. Construction commenced in 2009 and was one of the largest construction projects in Sydney in the middle of the Global Financial Crisis. It was also delivered on time and under budget. The Event Centre structure was located on the roof of the existing Casino building, which was constructed in the mid 1990s.

The striking Façade is a custom designed glass that replicates a 'multifaceted geometry of a gem' that can be backlit at night to create an iconic light feature. A close working relationship with the builder was crucial to develop the desired architectural form into the efficient core. The resulting structure utilizes a simple hierarchy of elements, which integrate to form a steel structural box, which is essentially supported on eight structural columns.

The design process involved the development of a new complex geometric structural steel frame while dealing with the significant constraints imposed by the existing 24/7 operations of the casino and facilities. 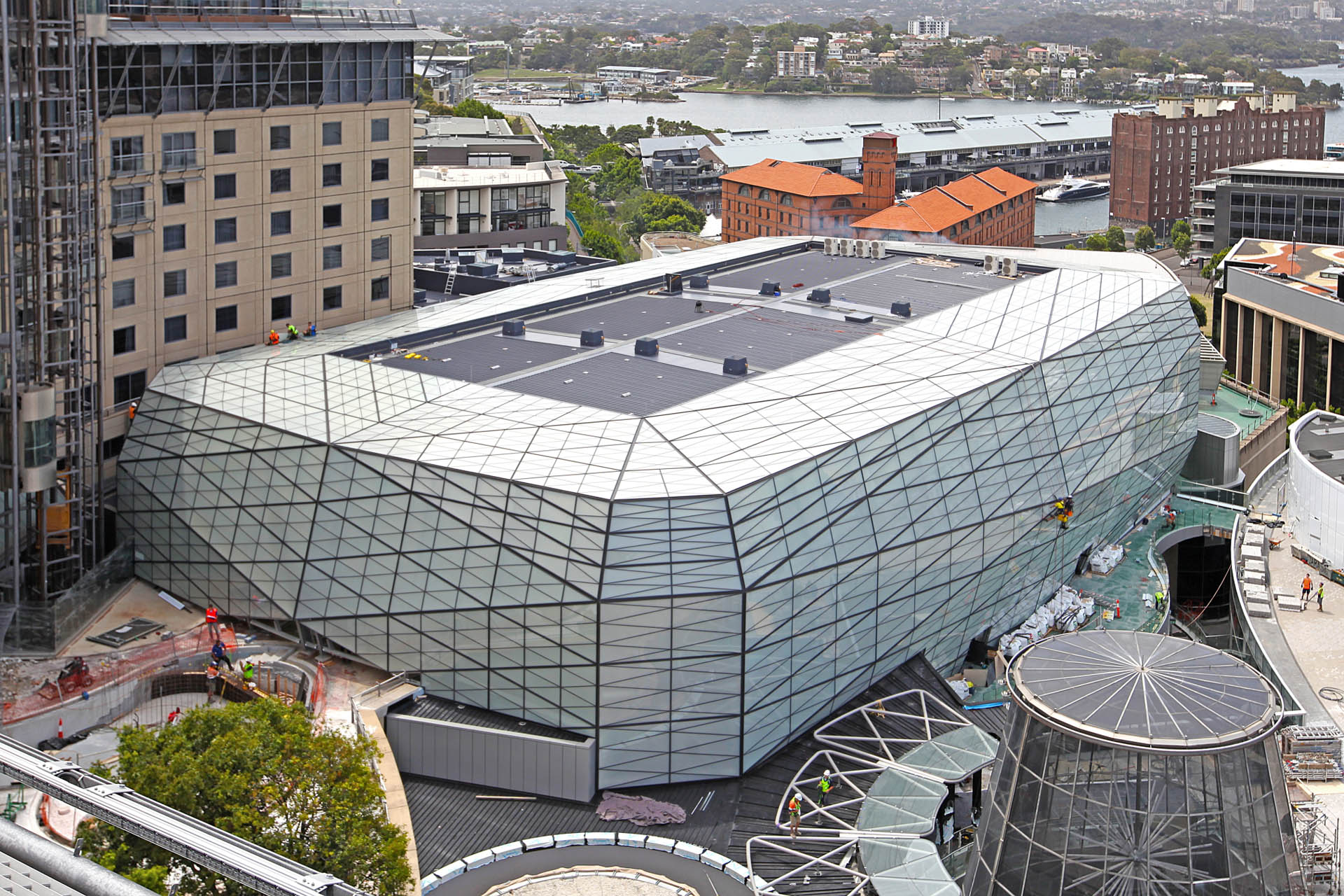