The most significant piece of urban and traffic infrastructure to be constructed in the National Triangle, in Canberra

The Kings Avenue Overpass is the most significant piece of urban and traffic infrastructure to be constructed in the National Triangle, in Canberra, since the construction of Parliament House some 23 years ago.

As a major infrastructure project on a nationally significant site, care and attention has been given to the Kings Avenue Overpass, so that it compliments the high quality of design that has been developed over the years throughout the National Triangle. In a family of 10 existing, four and six lane overpasses in the National Triangle, the Kings Avenue / Parkes Way / Morshead Drive roundabout was the missing link in grade-separated intersections managing Canberra's central precinct traffic demands.

The new intersection now provides improved traffic movement and journey times; traffic safety; pedestrian and cyclist safety; and a new Canberra landmark and contribution to the National Triangle. With a single clear span of 31.5m, the bridge comprises of a complex curved and tapered geometry to the side walls. To achieve the high quality off-form finish to the soffit, the documentation produced was required to be very accurate in terms of set out coordinates and details. The new roadway for the bridge needed to also consider future traffic demands and light rail infrastructure. 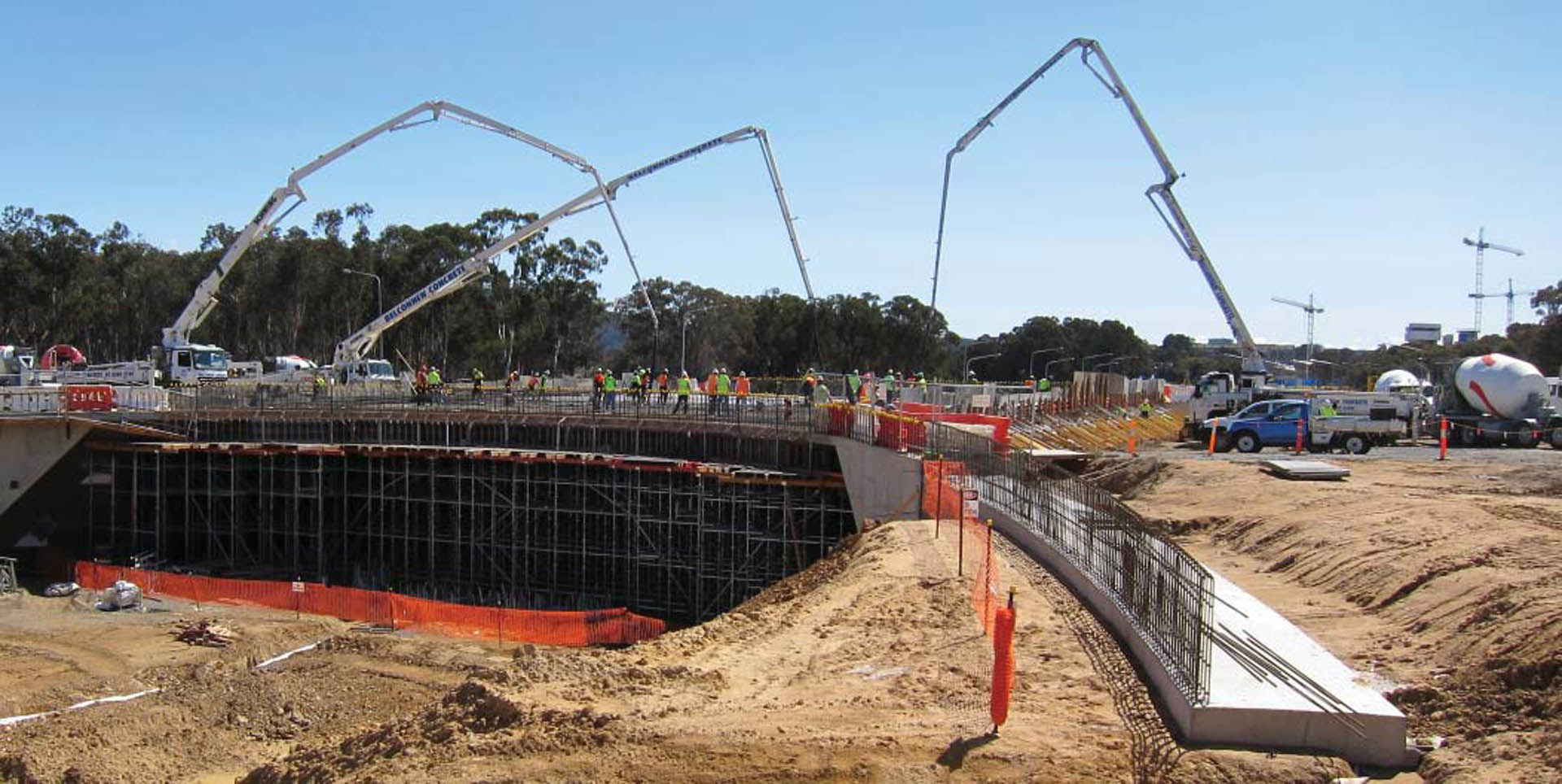 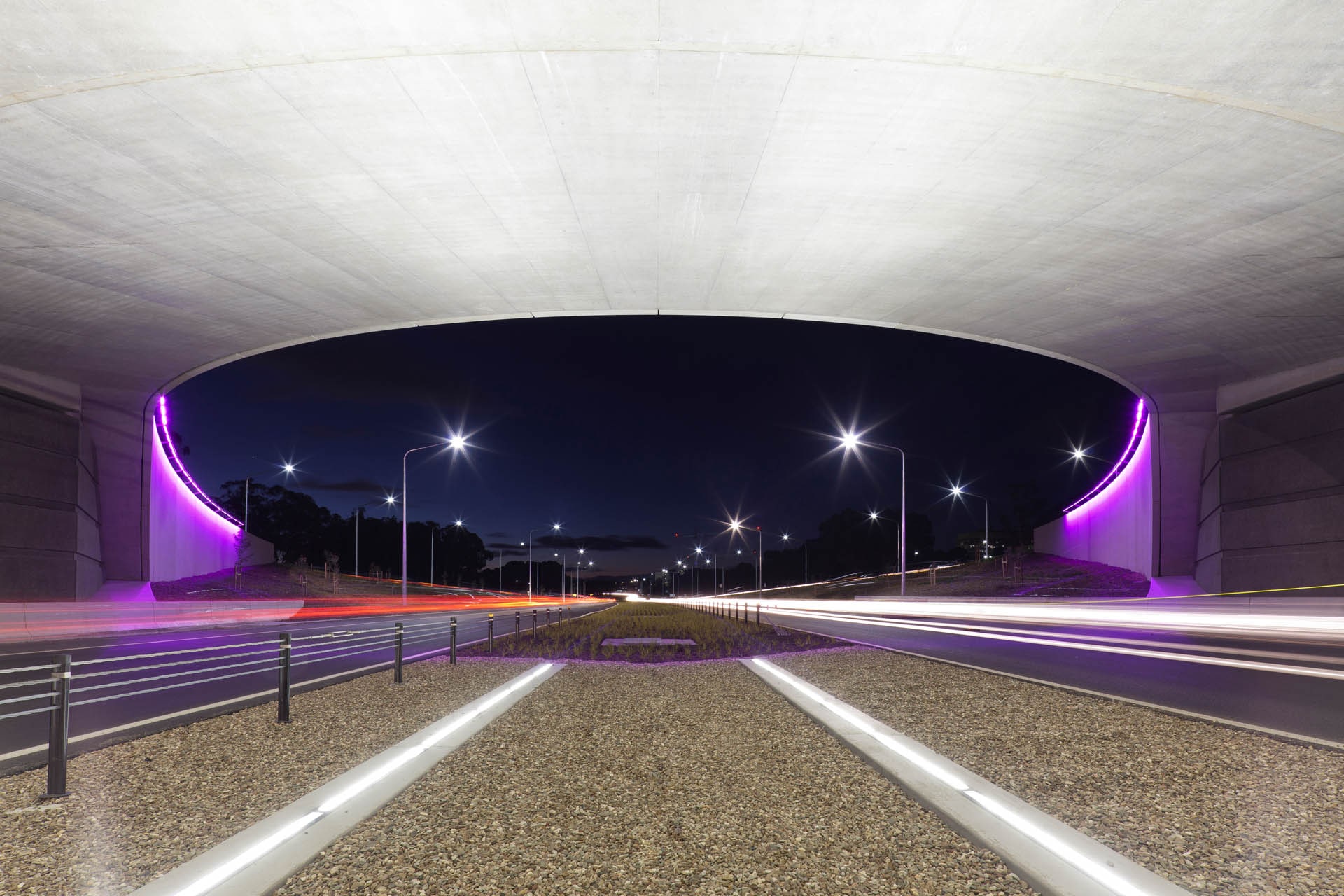 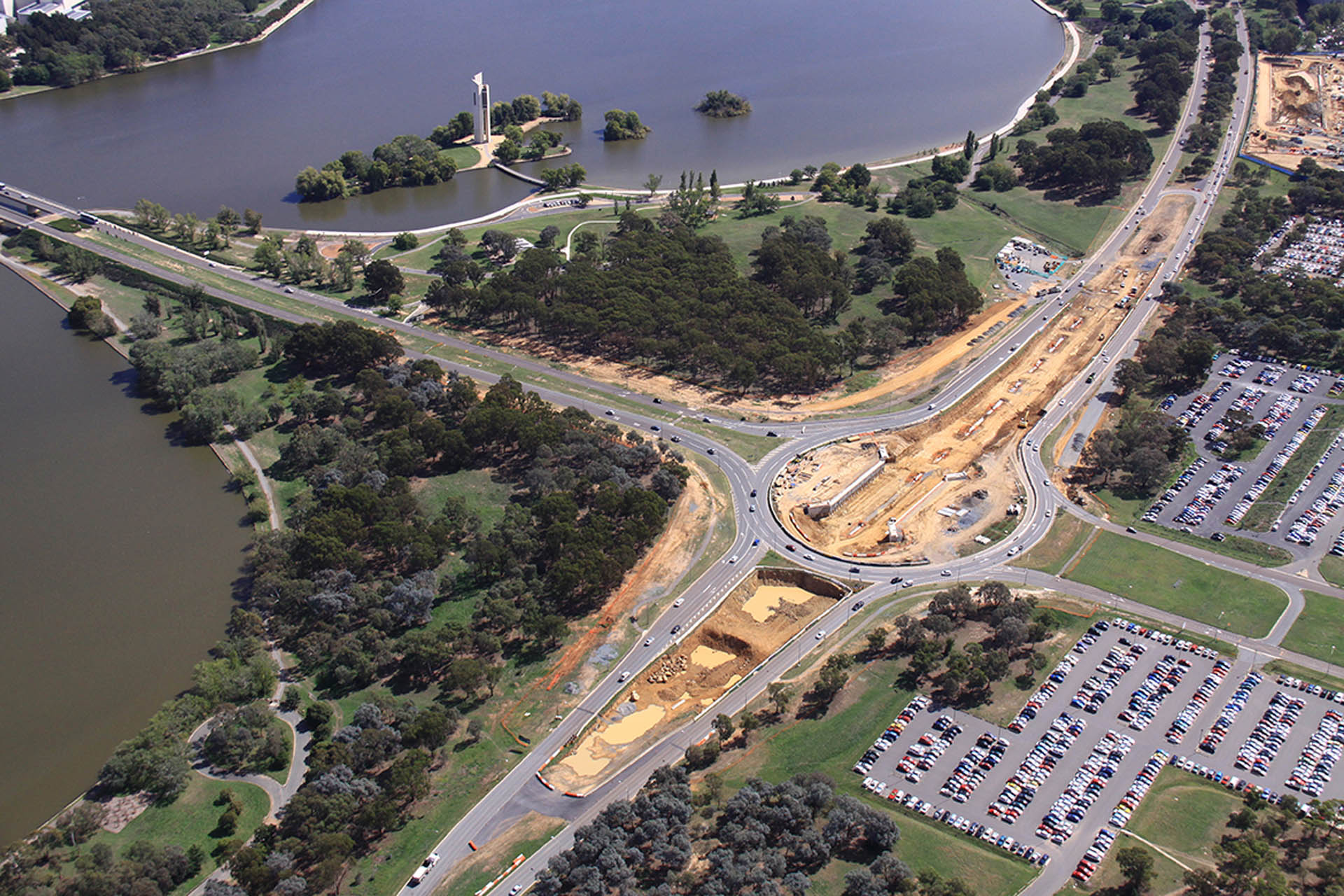