The new Australian Embassy building in Bangkok provides a 5-level Chancery, Head of Mission (HOM) residence and services building. The design being inspired by the Australian landscape and seeks to blend materials and architectural characteristics from both countries.

Driven by stringent physical security requirements, a distinctive feature of the project was the use of Air3D blast modelling, conducted in-house, which contributed to the design of a blast-resistant façade, walls, doors and windows.

The Façade showcases a curved organic form of reinforced concrete, with punched windows and masonry cladding creating deep reveals for shading and privacy. The masonry Façade was constructed of Australian-made curved bricks, with three brick colours used to distinguish the different functions of the facility.

Challenges were involved due to the complex architecture and high level of detail, as well as the poor ground conditions and a site prone to local flash flooding. An innovative site surface stormwater gravity drainage system ensures the site will not be inundated when streets flood.

Time and costs were reduced by using piling designed with a refined settlement analysis to allow loads significantly higher than those generally used in Thai construction.

The new multi award-winning embassy also makes extensive use of Australian stone and timber, and particular features include: blast-rated bespoke glazed atrium walls and roof with slender masonry columns and clad shelfs; frameless glass bridge enclosure to level 4 of the Chancery; suspended stone ceiling to the HOM dining room; and a network of ponds for lilies, fish and turtles. 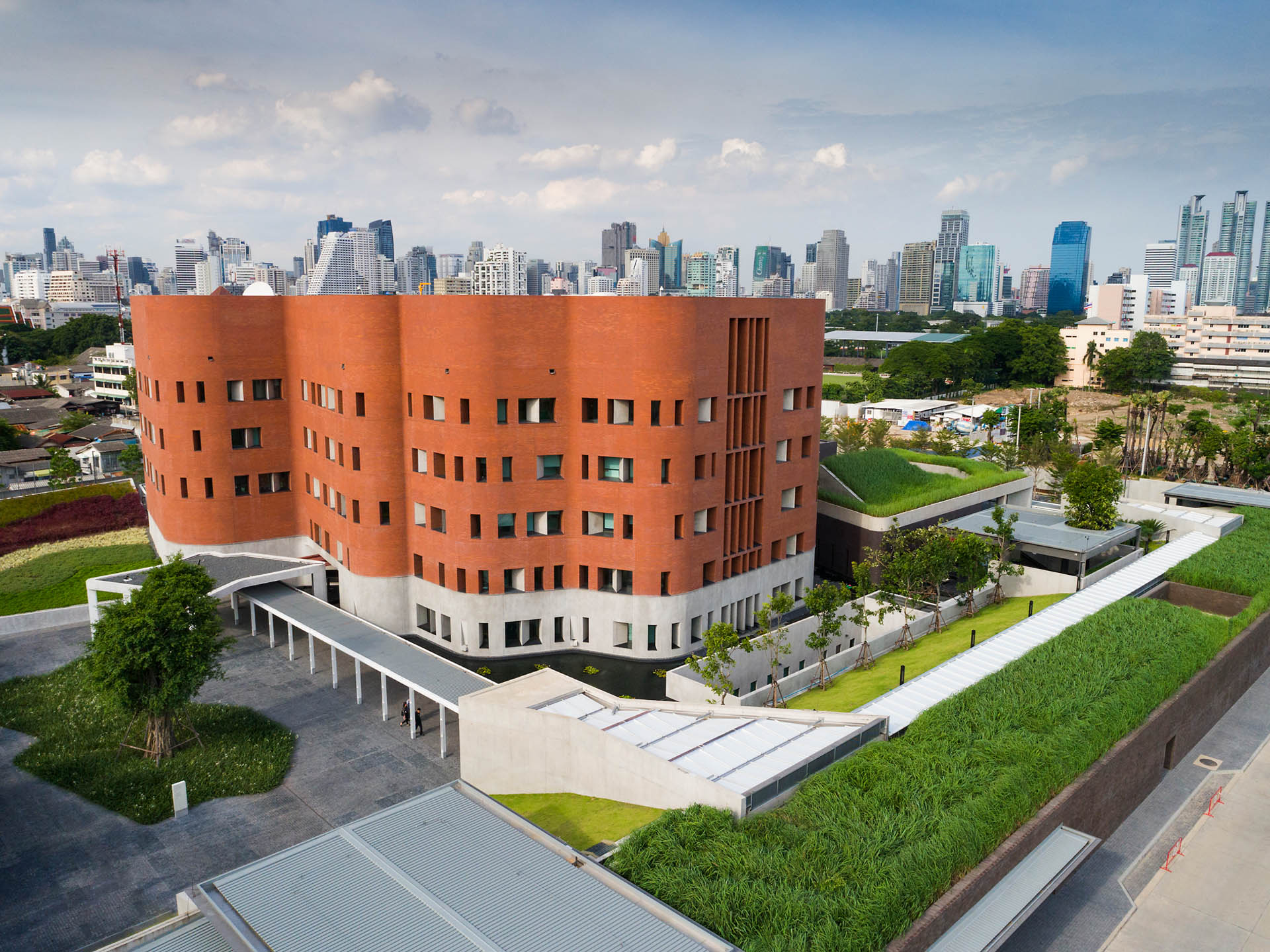 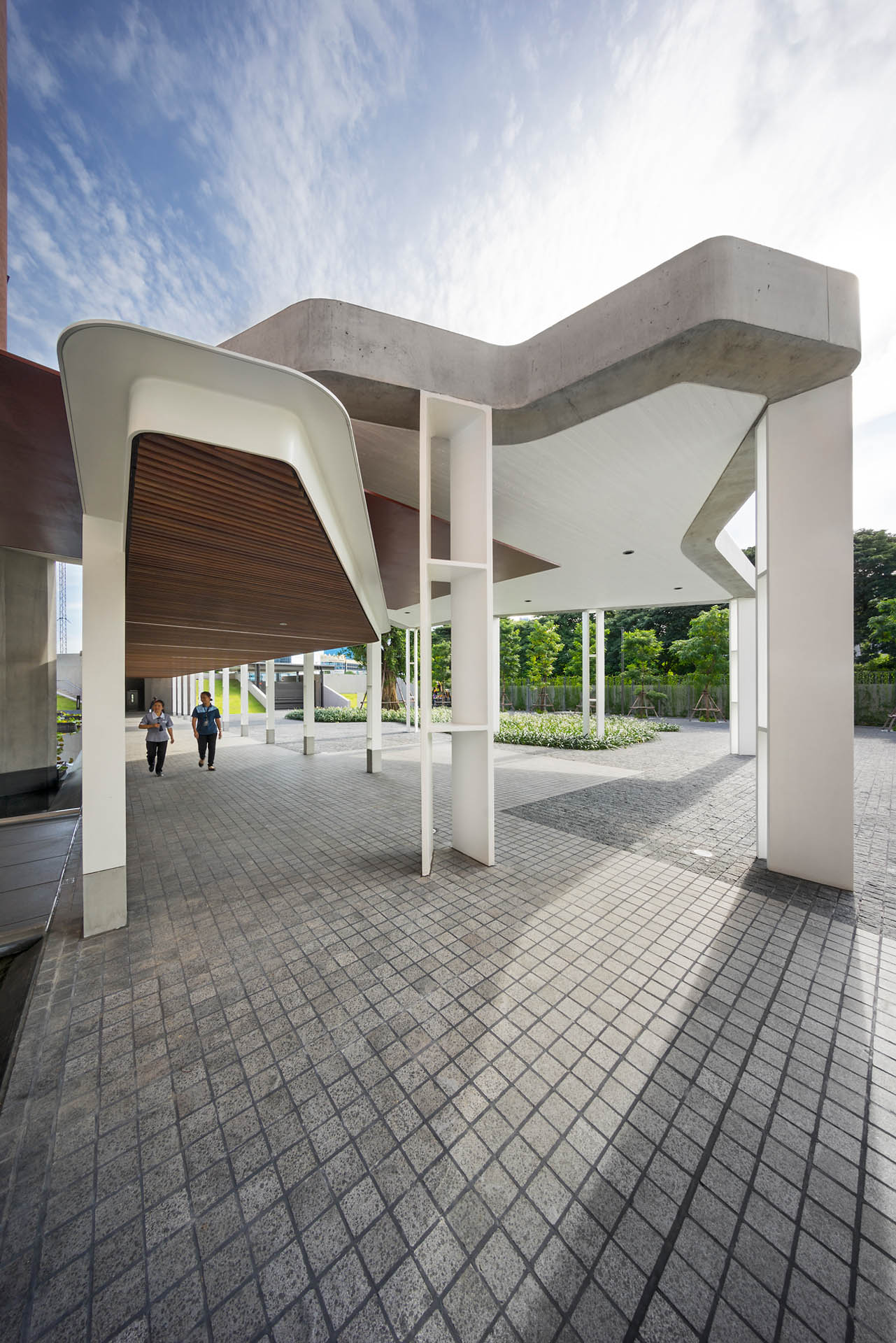 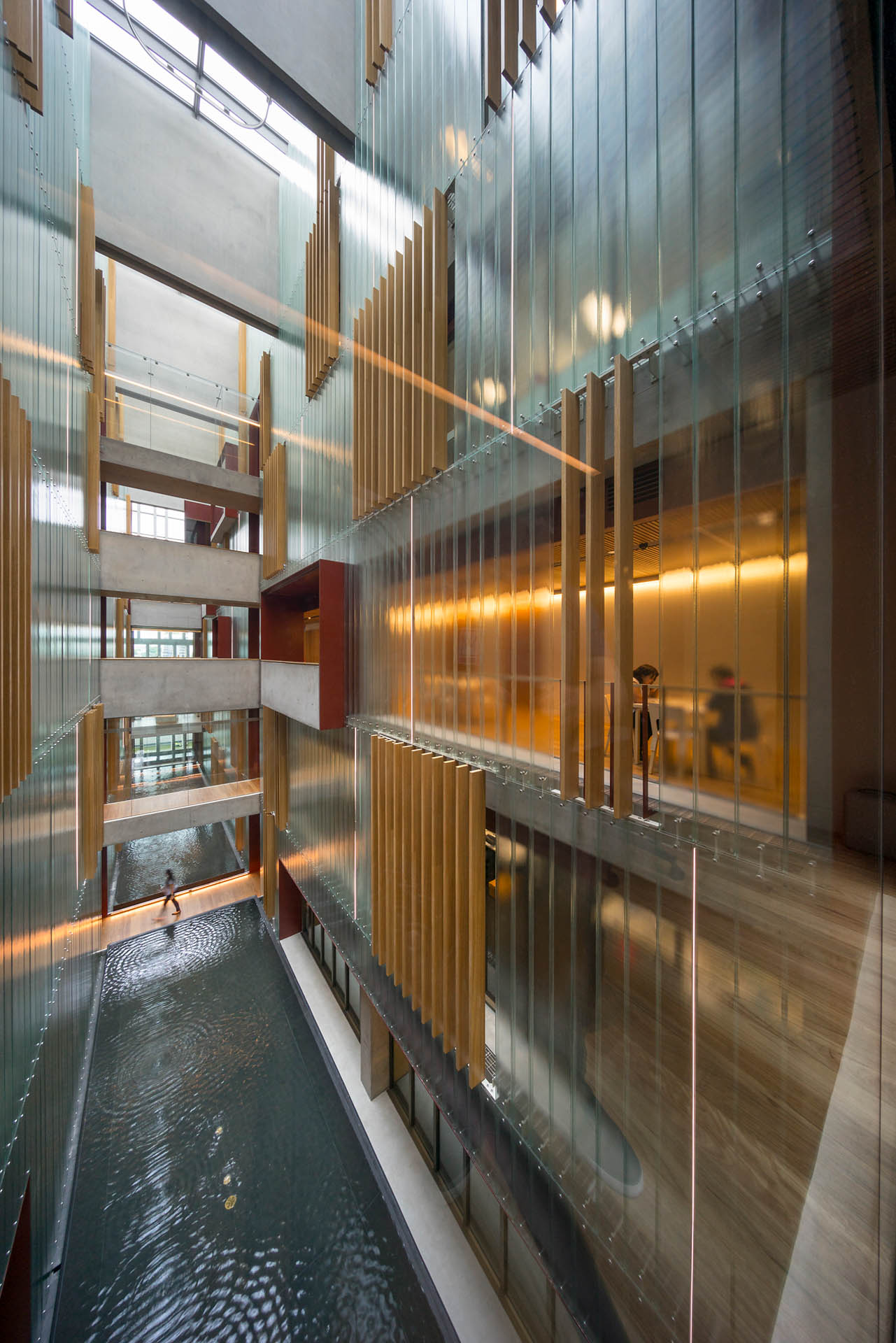 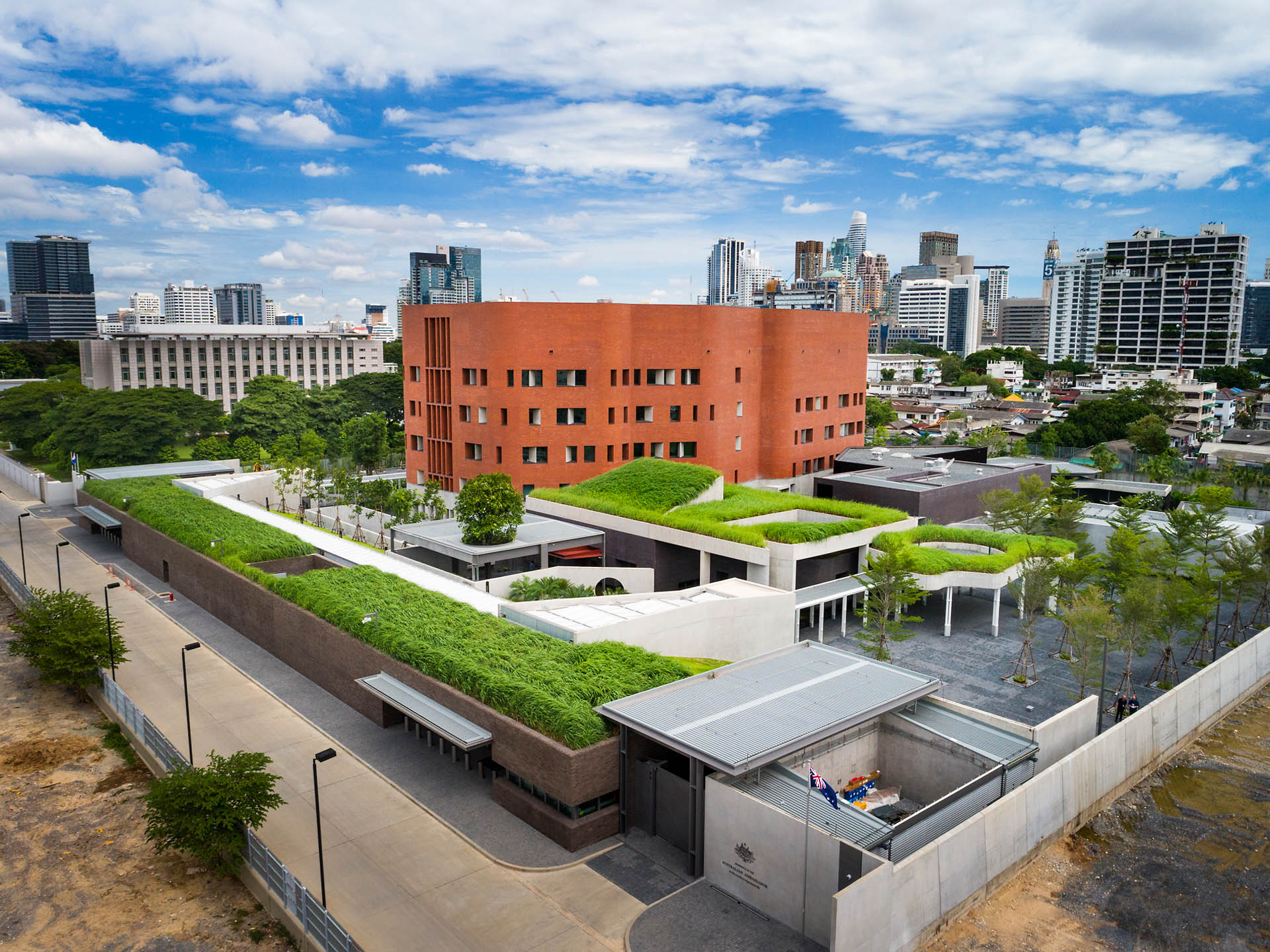 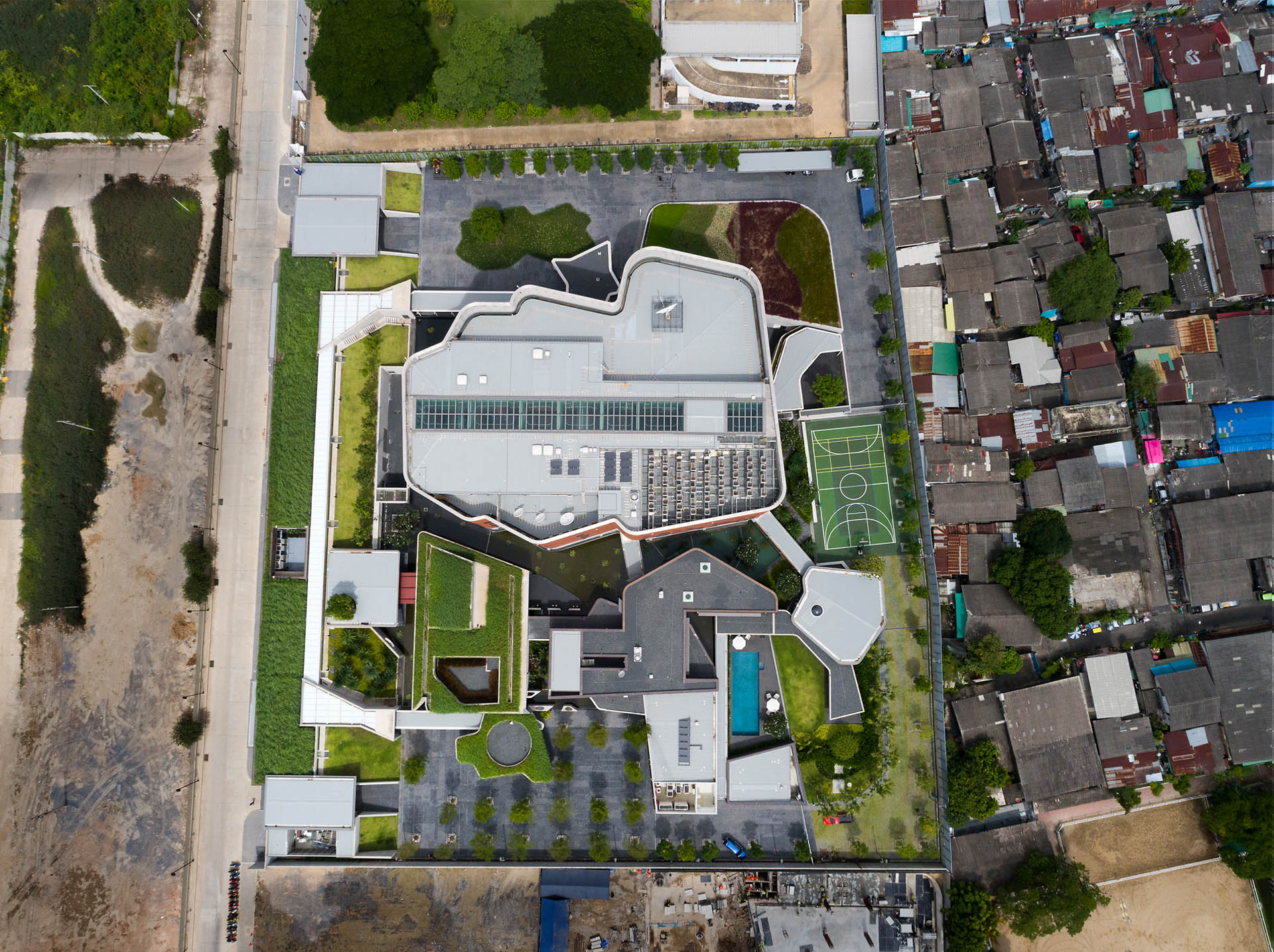 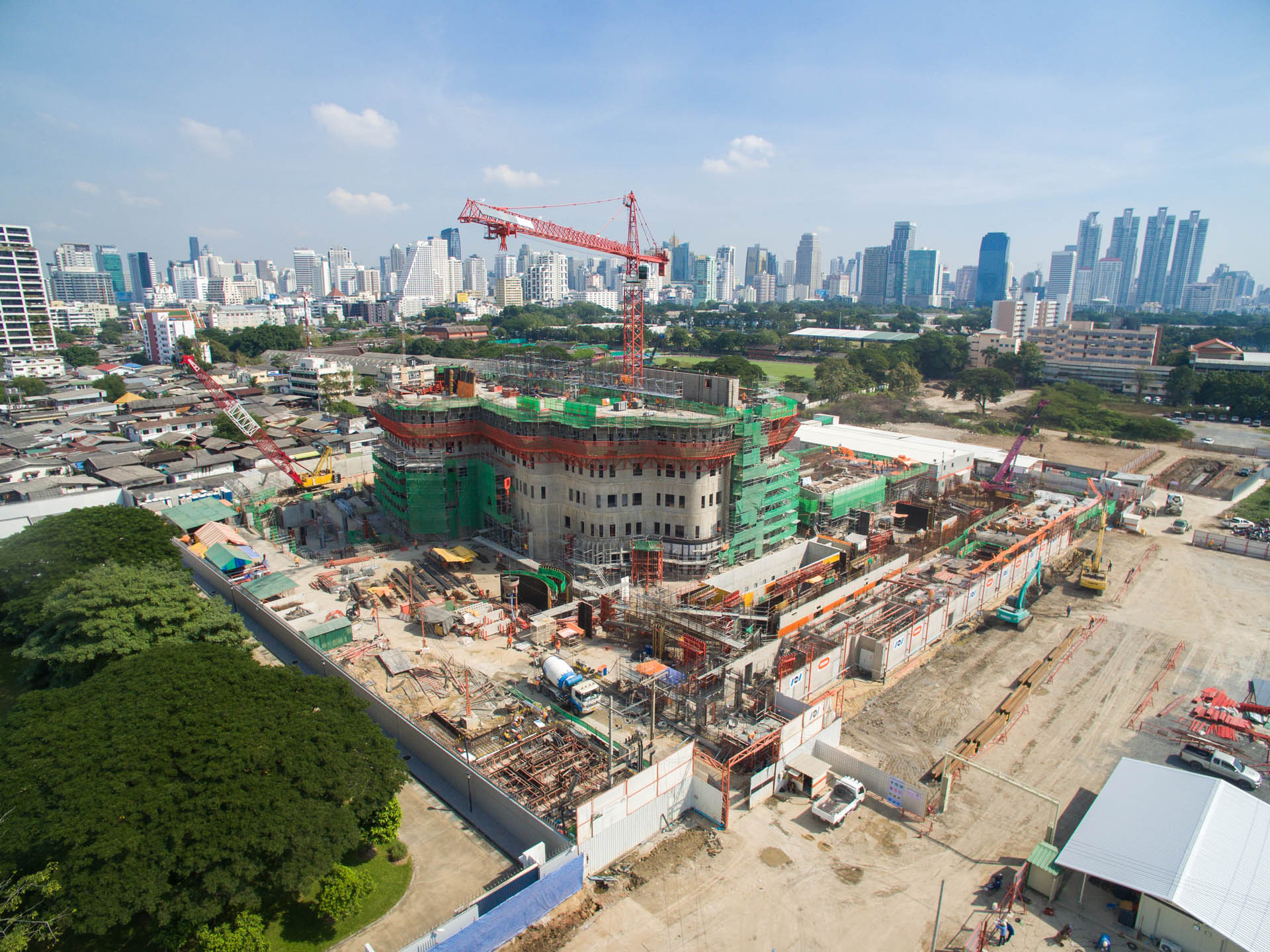